The LBJC team competed at the Southwest Regional Youth Rowing Championships in Rancho Cordova, CA last weekend.   The event is a large three-day regatta that serves as the regional championship and draws crews from many different states, but predominantly from California.   The regatta is the end of our regular season and is the final championships for Novice and JV crews. However, for varsity crews a top three finish earns them not only a Southwest Regionals medal but also an invitation to compete at the National Championship in early June.  Needless to say, the level of competition at this regatta is very high, not to mention the Southwest is the most competitive region in the country.

We had great racing all around from the team.   As is true with all racing, we had some races go our way and some that didn’t.   For instance our Men’s Varsity B 4x missed advancing out of the time trial by less than a second, but the Men’s varsity 2x snagged the last qualifying spot for the semi final by 0.3 seconds! There were plenty of instances like this throughout the weekend. Hard fought racing all around and everyone should be proud how our team raced and handled the ups and downs of it all.

The weekend was highlighted by a few special performances from our team.   Our first medal performance of the weekend was the Novice Women’s Coxed Quad (4x+) of Hannah Nemnich, Lauren Brandmeyer, Ashley Retzer, Evon Nakamine, and Ella Van Fleet.   The novice girls were engaged in a two-boat battle for the lead all the way down the course well ahead of the rest of the field.   The girls finished in second place over 10 seconds ahead of the next boat. 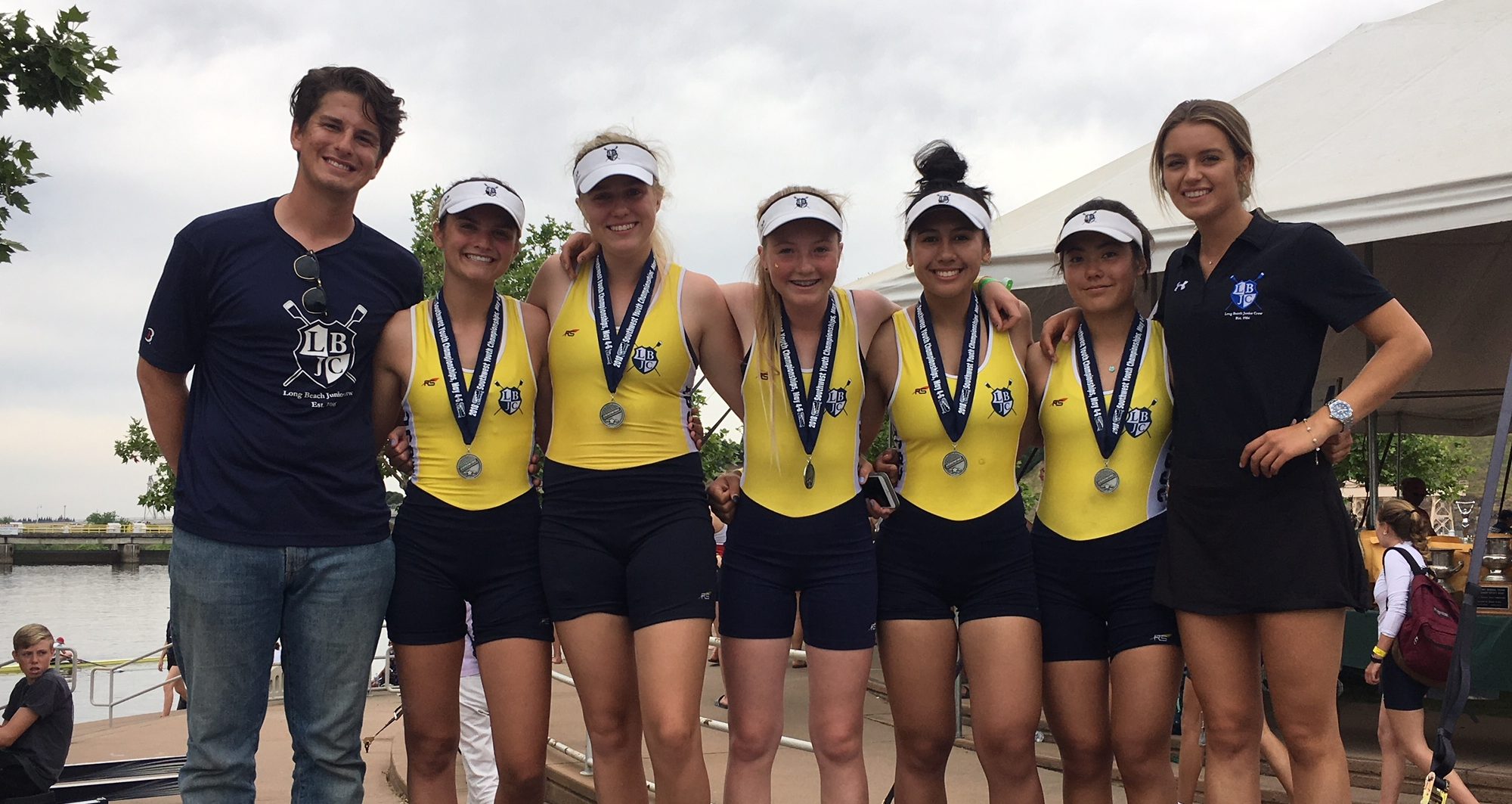 Next up was the Men’s Lightweight Double (2x). The combination of Zach Friedrichs and Logan Chakos has been undefeated all season.   In an impressive display of sculling, our two guys led from start to finish and crossed the line 14 seconds ahead of the next boat.   You could see that these guys were not racing the other boats; they were just hitting their rhythm and fully enjoying making the boat sing. It was awesome to watch and we are looking forward to seeing these guys at Nationals.

On Sunday morning the team had a few more boats in finals. Leading off the charge was the Women’s Quad (4x).   Annika Maxson, Brooke Campbell, Danielle Hoekstra, and Alex Benson were rowing in 4th place nearly the entire race, out of the medals and nationals. The field was very tight between CYC, Redwood, LBJC, and Newport.   With 500m to go, the girls started gaining steam and moved on the other boats and into medal position.    With their inspiring last quarter of the race, the girls finished in second place earning silver and a bid for the National Championship.   Less than an hour after this race, Brooke and Annika were back at the starting line for the Women’s Pair (2-) trying to pull of the improbable feat of qualifying two boats for nationals in under an hour.   They had done well to move on through the time trials and semis in both events.   When they were coming down the course in the W4x final, their competition for the pair final was already warming up on the water.   The girls blasted off the start and were in contention for the lead at 300m into the race when one of their oars clipped a buoy and as a result they swerved lanes and came to a stop. They got themselves pointed and back up to speed but were now in last place.   They were the fastest boat on the course for the next 1700m. The girls rowed incredibly fast moving back into the lead pack in the last 250m.   It was incredibly close at the line. Ultimately, they finished 4th, 3.5 seconds (1 length) back from 1st place and painfully 1.1 seconds back from 3rd place.   Truly an incredible performance. 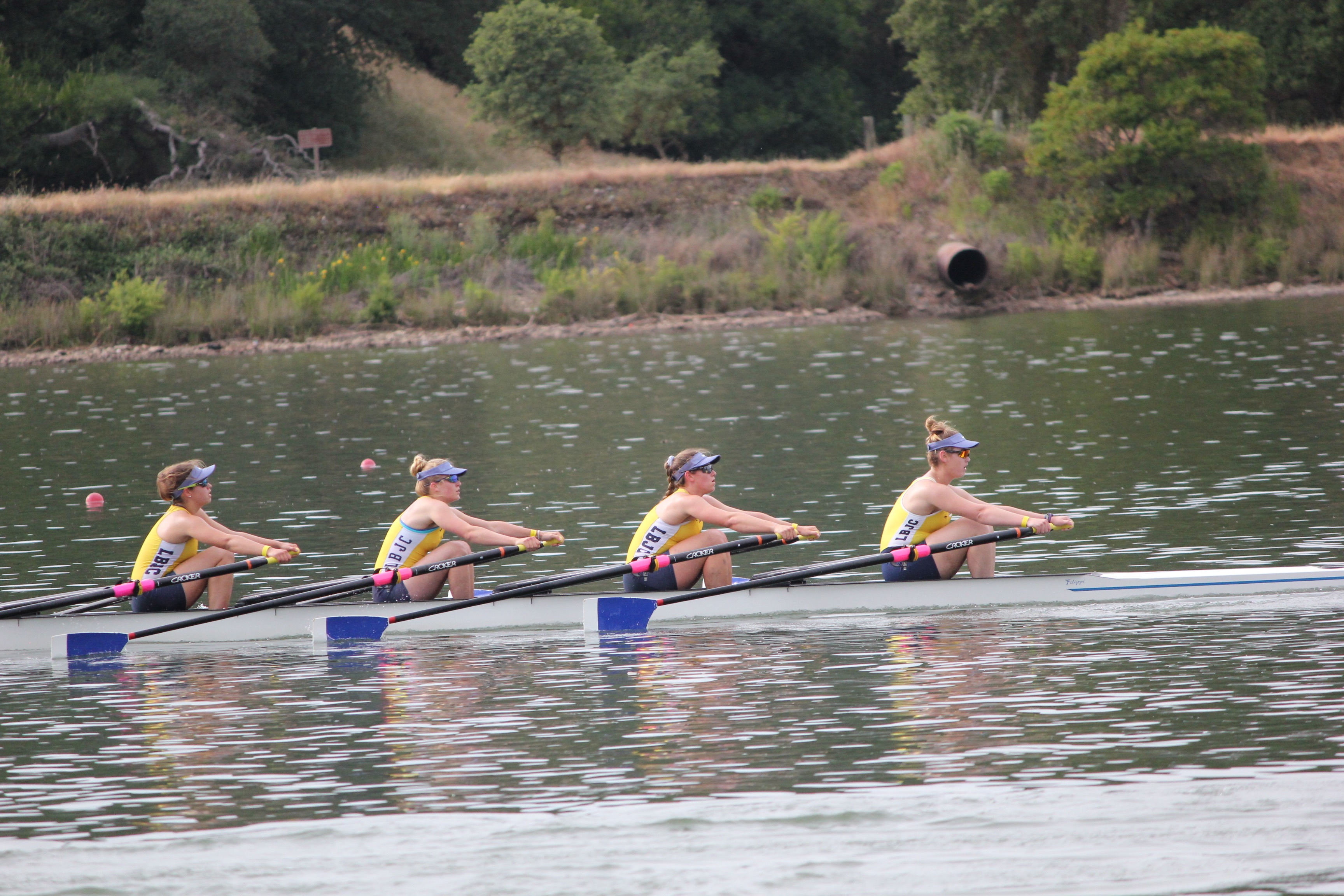 Our last final of the morning was Men’s Lightweight Four (4+). This is another boat that is fun to watch because of how aggressively they row.   “The triplets and Jack” is how we refer to them, but the actual line up is Jack Love, Tibor Francia, Trent Fracia, Tyler Francia, and Tess Nemnich.   In a competitive field, two boats established a substantial lead from the rest. They fought for the lead all the way down the course and finished in second place, 3.5 seconds behind first and over 6 seconds ahead of 3rd. With their silver medals and a National Championships bid, it’s nice to know that we have not seen the last of Team Francia. 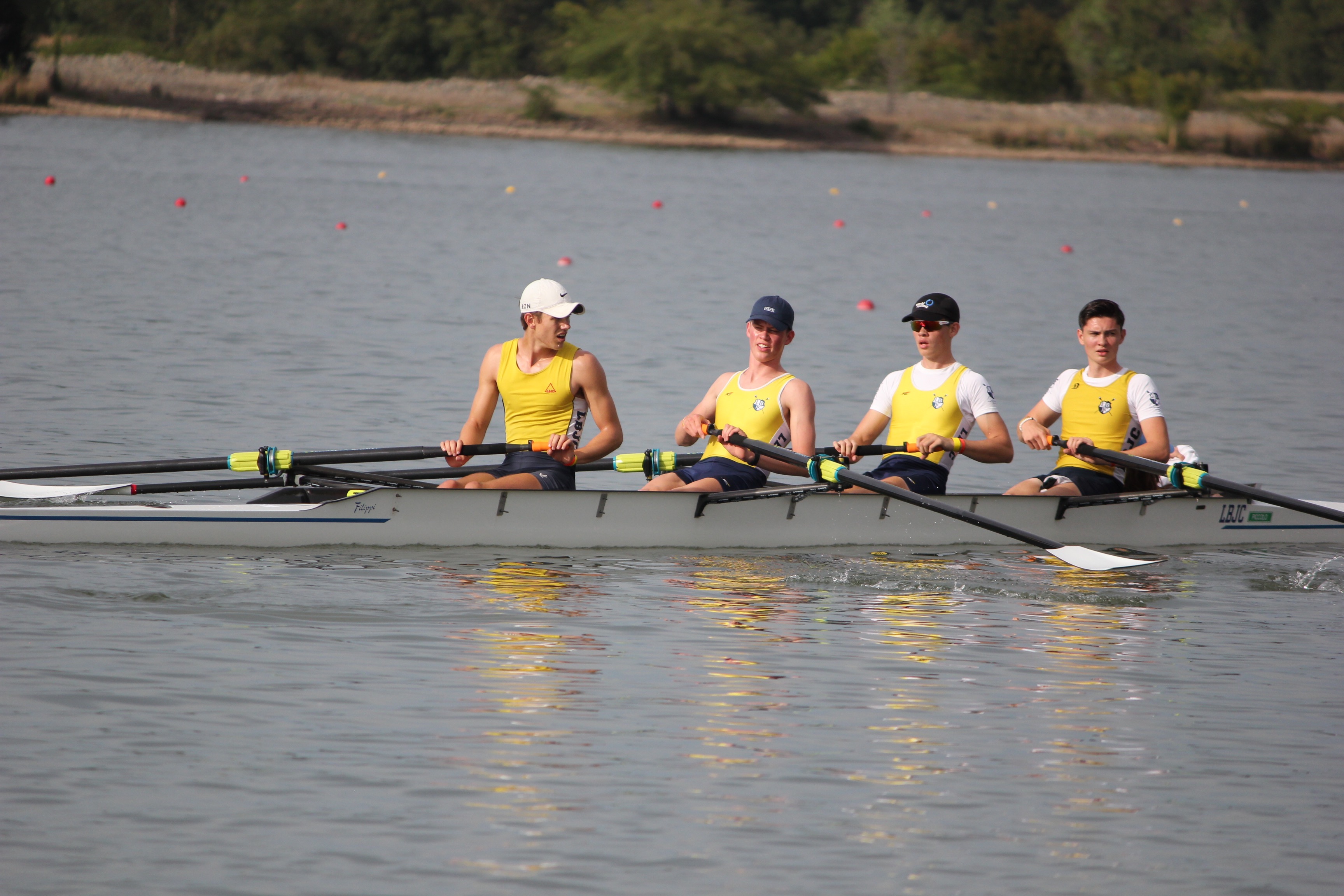 A big ‘thank you’ to our parent volunteers that chaperoned the trip and cooked amazing food at the hospitality tent.   If there were a hospitality event at regionals, our parents would have a gold medal and would be on their way to nationals!   Pancakes and Tri-tip, need we say more? You guys were amazing.   THANK YOU! 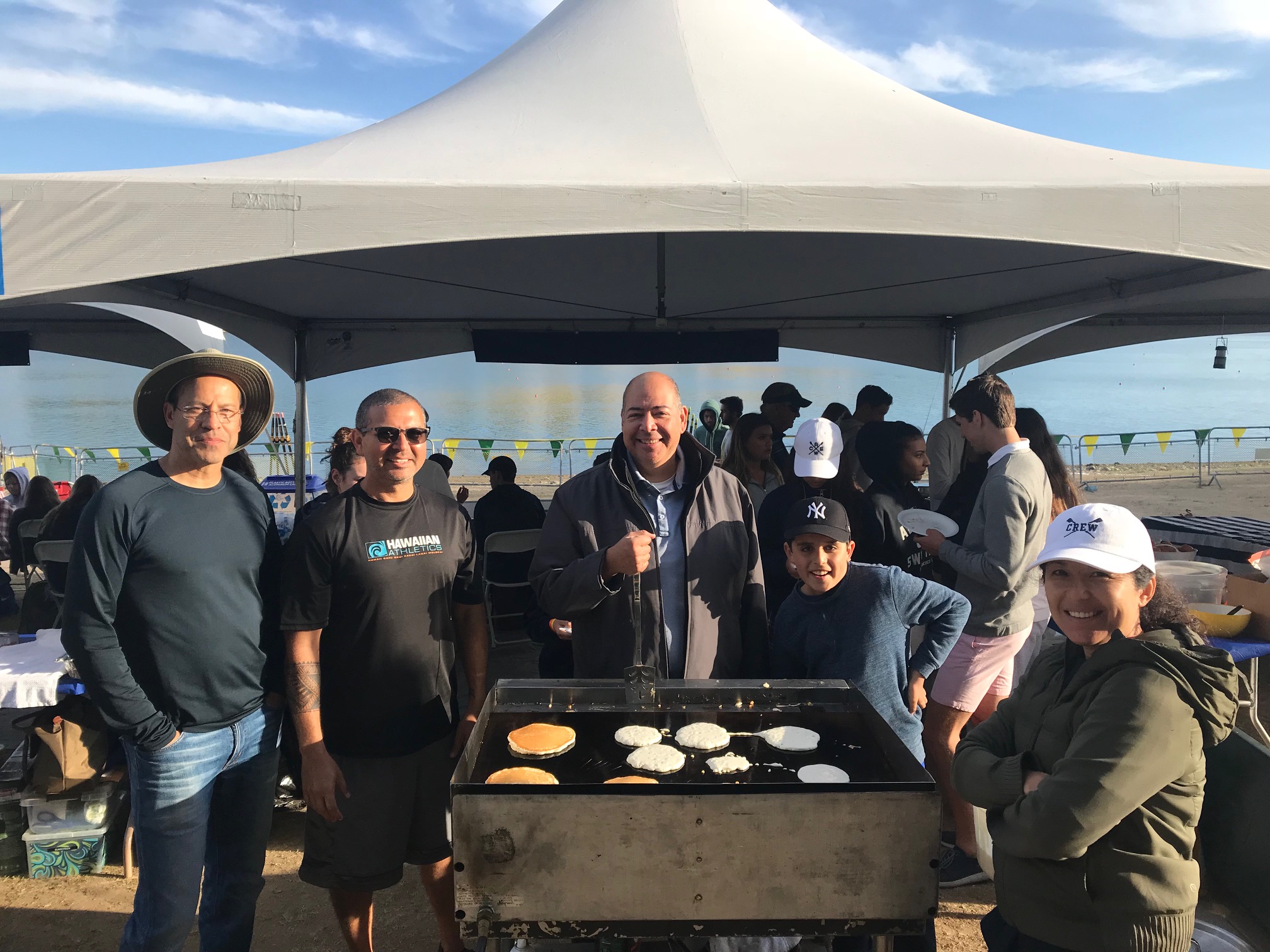 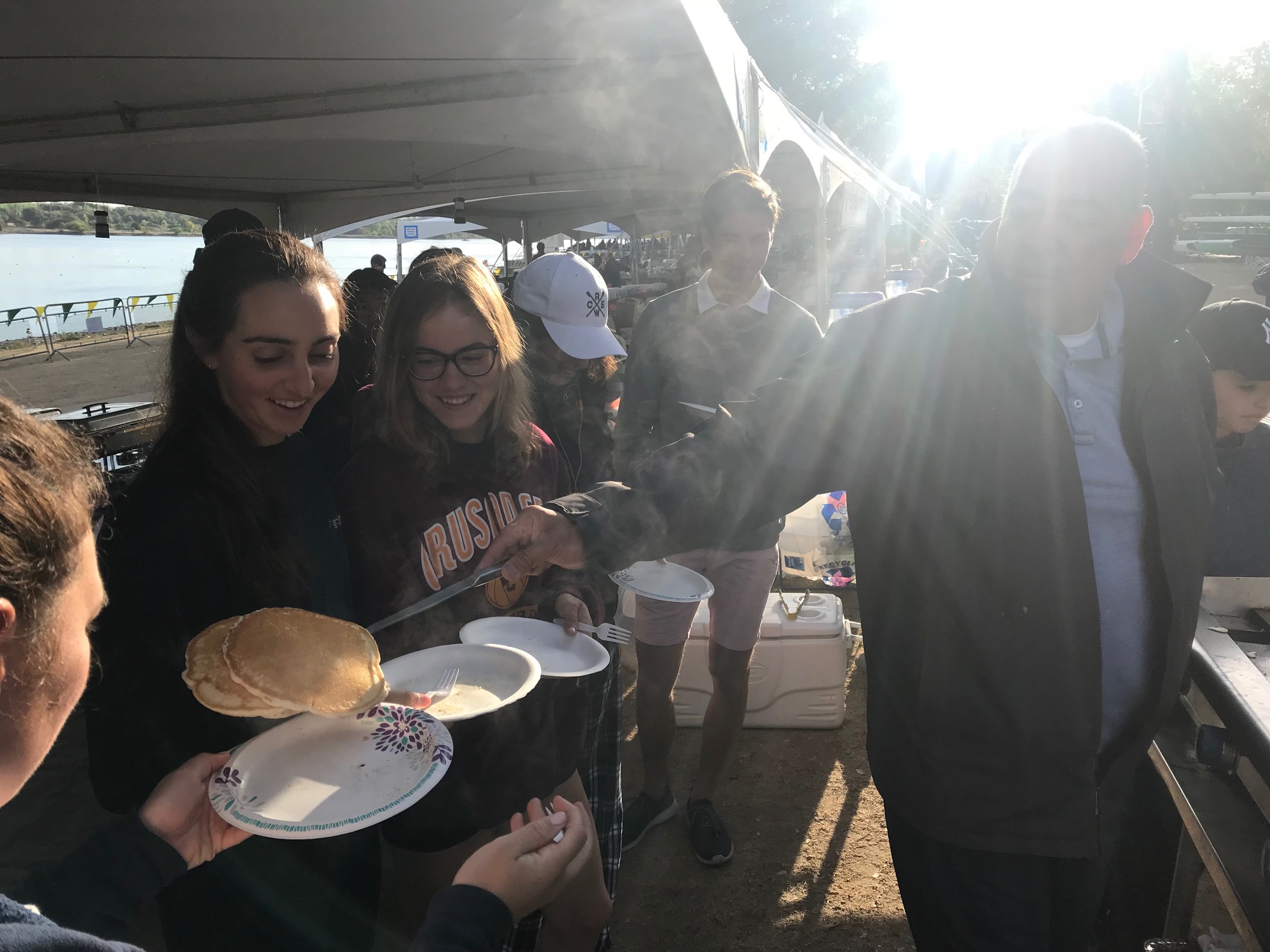 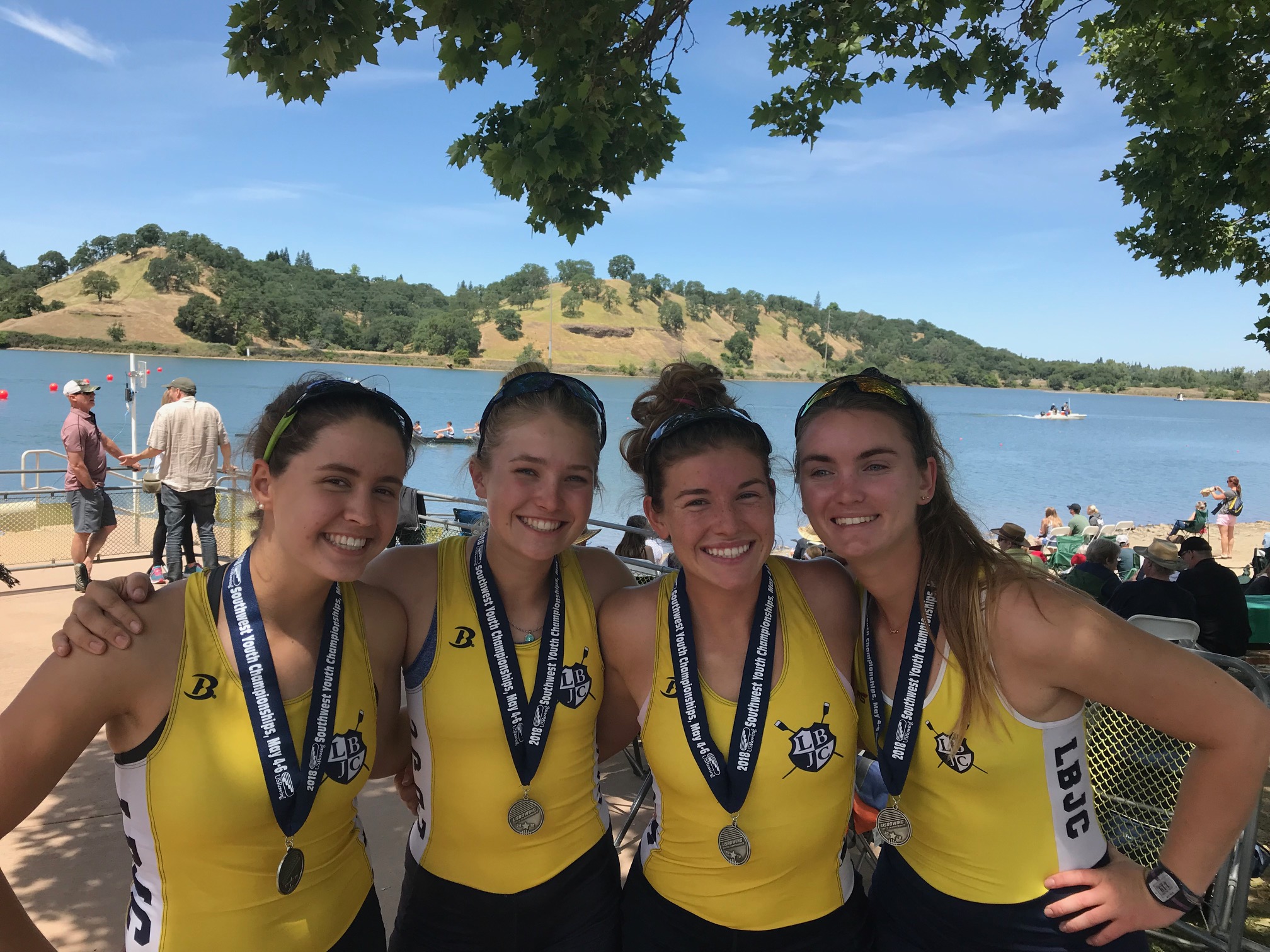 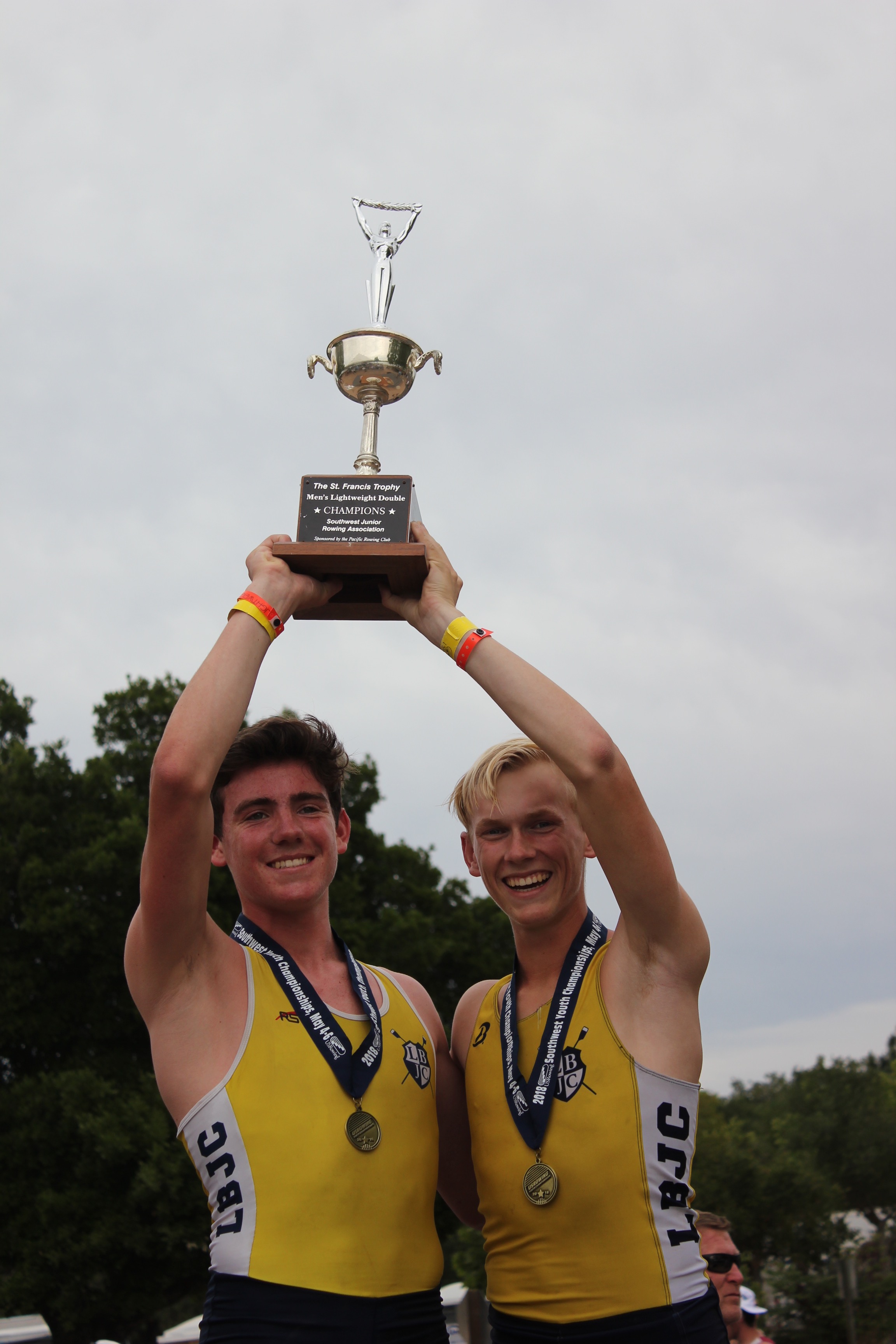 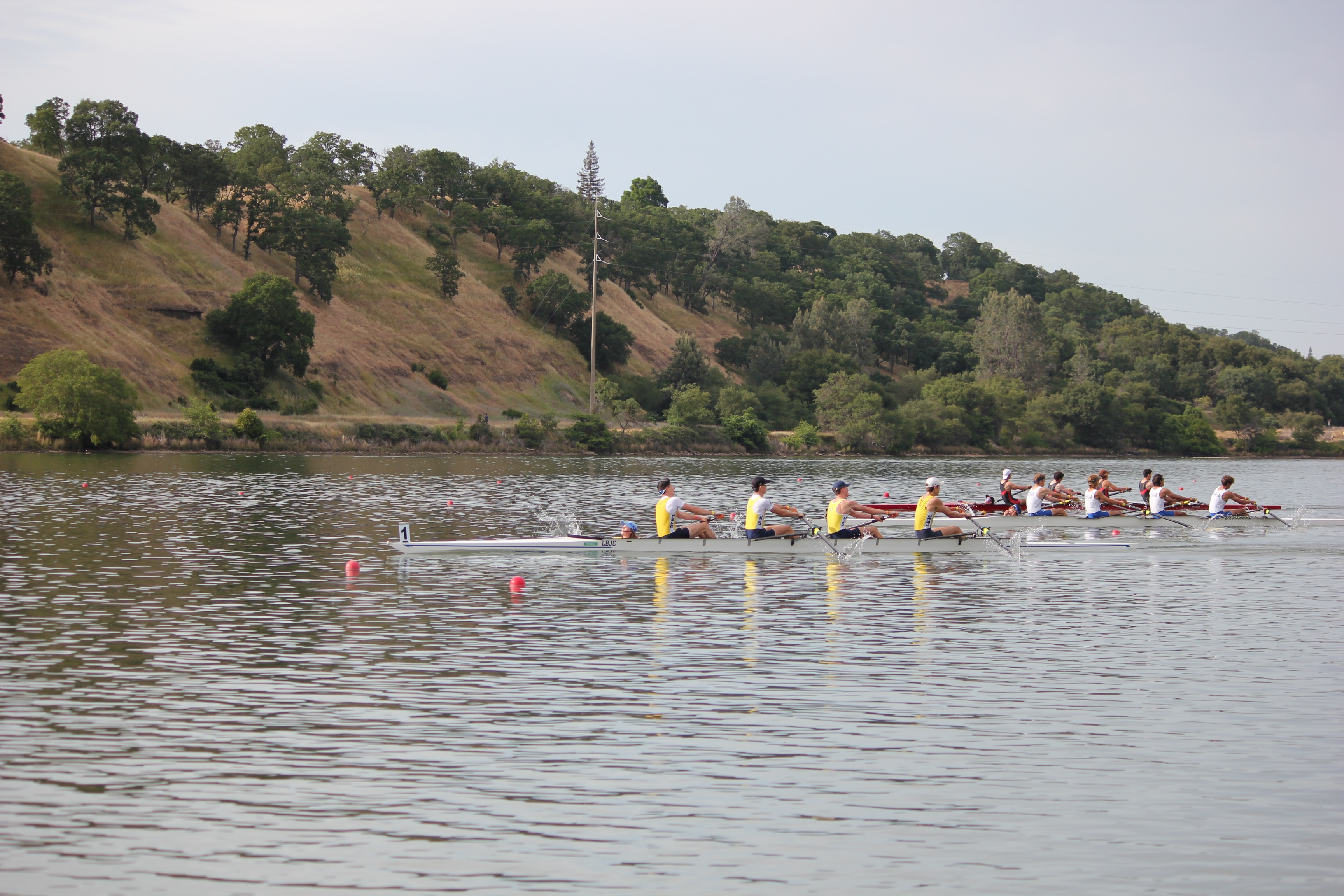